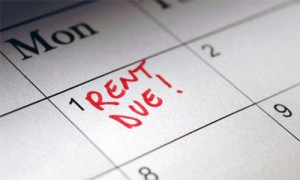 There is a relatively unknown concept in many circles that is a powerful wealth-building tool that many of us know the fundamentals of but few use to supercharge their decent to financial freedom. This concept is called “house hacking” and gives you the ability to live rent-free or subsidize a good portion of your rent, allowing you to save or invest what would normally be paid to a landlord or mortgage company.

Now before you write this off as being completely far fetched, let us assure you that it is a lot simpler than you think and can be accomplished with relatively low money.  Ready to cut your rent significantly or possibly even get paid to keep a roof over your head?  Then let’s take a dive into the different types of  “house hack” opportunities.

Many of us have lived in small multifamily homes such as duplexes, triplexes, and fourplexes. As long as the structure is under five units, for lending purposes, it can be classified as a single family home. This is great for those who were considering purchasing but also wanted to create some passive income. The government has a program specifically called an FHA loan which allows you to put as little as 3.5 % down on a home! There are some qualifications such as credit (around a 650), a job, and other criteria that most people who are serious about purchasing a home could generally meet.

An example of using this strategy would be John is looking to buy a duplex and uses the FHA loan to do so. John finds a duplex that sells for 100,000 and puts the 3.5% or $3500.00 down and is ready to move in. Using the FHA program , John gets a conventional fixed rate 30 year mortgage and after his mortgage, expenses, and property taxes John is in for around $725.00 a month. John then runs an ad on Craigslist, finds a nice elderly woman to rent the other side of the duplex for $750.00 a month, and manages the property himself. What John has essentially done here is remove not only all of his rent expenses but has been paid $25.00 dollars a month to put a roof over his head.

Now look further down the road.  If John meets his dream girl and decides to move on and rent the unit he was living in to move into a bigger place with her, and assuming he charged the same amount for his unit, John would be clearing hundreds of dollars in cash flow monthly off a $3500.00 investment.  This would  allow him to funnel that newfound cash flow into more deals, investments, or whatever he likes.  A good book for small-multifamily properties is Larry Lotis’s Investing in Duplexes, Triplexes & Quads.

Assuming you don’t like the idea of living with anyone else or being a landlord, don’t fret we have another option for you. You can also “house hack” by purchasing a fixer upper home and remodeling it along the way while living in it. This forces the value of the home to go up.

An example of this would be using a FHA loan to purchase a $200,000 home, which would require you to put down 7,000 to get into it. While you and your family are living there, you make upgrades at your convenience.  At the end of the two years, the house that you initially moved in that was worth $200,000, after the upgrades and being that you bought it in a decent community, is now worth $300,000. You sell the home and after closing cost walk away with a check for 60 to 70k.

Now remember your initial investment was the $7000.00 down payment, your time and effort of making the improvements, and any contractors you may have paid to do work you couldn’t or didn’t want to do yourself. If done wisely, economically and efficiently you can literally supercharge your wealth building and write your own check every two years, snowballing that money into bigger and bigger deals.

You can rent out rooms in your existing home, Airbnb, or any other multitude of creative strategies to get you going. The key here is to start thinking outside of the box and use your living quarters as a cash-producing asset. This will ultimately be a tool to set you down the road to financial freedom. The FHA loan is only one loan product you can use. There are a variety of programs such as VA loans, first time home buyer loans, agricultural loans etc. Your focus should be wherever I live I should be getting paid to live there. Don’t cheat yourself out of living for free!

2 thoughts on “How to Stop Paying Rent”