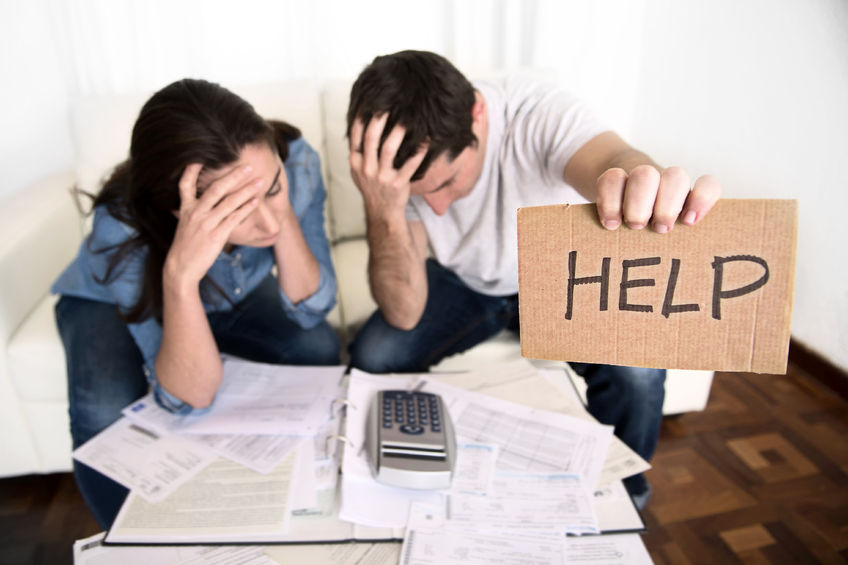 I was listening to a podcast the other day and the guest was speaking on wealth and how if wealth was distributed evenly amongst everyone in the United States, that within 10 years or less the same people who were poor would be poor again and those who were rich would have earned back what they lost and more. I know some may find this hard to believe, but think about it; how many people have you known that have come into a large sum of money only to blow it all?  This is because although their finances had changed, their mindset about money hadn’t.  Nothing plays a more important role in your personal financial goals and your overall success than your mindset!  In order to change your financial circumstances, you have to be willing to change your beliefs about money and wealth! Below are the top limiting beliefs and habits about money and how you can overcome them!

Lack of Accountability.  To achieve financial success you have to learn to be accountable for all of your financial decisions.  When you experience certain hardships such as repossessions, evictions,  and/ or poor credit ratings; these are almost always caused by a poor financial decision you’ve made!  Sure, an unforeseen event could have caused you to fall behind on a payment or two but overall I’m willing to bet that the root cause was ultimately poor financial planning! Instead of blaming everyone else or situational circumstances, take a step back and reflect on your personal money habits and how they could be better.  Taking ownership of your mistakes (and we all make them!) allows you to recognize what you did wrong financially and more importantly, how you can fix it! I think we’ve all been there before; we get upset and blame the bank for charging us those  insane overdraft fees, get upset about a late fee being added to our bill, and upset when something is added to our credit report but in reality (unless its an error on the company’s end) its all US! Own it and then make better financial decisions in the future!

The “If I”  Syndrome. Stop making statements similar to “If I had a spouse/significant other to help out financially, I would be able to save too!” or “If I didn’t have children, I would be further ahead financially!”, and “If it wasn’t for x, y, or z I could have a, b, c or d!” These are limiting beliefs about your ability to succeed! You are telling yourself that because of your situation, you are incapable of achieving financial success and it is not true! People are doing it every day and so can you!  Instead of making statements such as, “I can’t do it because…” use your very circumstance as the reason you must do something different! If you have children, you must save money to provide a better lifestyle and future for them! If you only have one source of income, decide that you’ll live within your means because of that, you have to save because you can only depend on self! Once you determine that you can, you will become creative in how you will make it happen!  Wealthy people focus on opportunities, not obstacles!

Believing that money is reserved for a select few that are “lucky”.  I believe that this is something that has been ingrained in some of us from generation to generation without most of us even realizing it! For some reason we’ve been taught to believe that financial success is rare and only a few are lucky enough to ever achieve it! A lot of this may have to do with what we’ve seen within our own family units.  If you haven’t seen many millionaires, then it can become easy to believe its an impossible mission! This isn’t true. Sure we all want to be wealthy but how many people actually believe they will in fact accumulate wealth? How many will actually do the work that it takes to become wealthy?  It really isn’t that far fetched to become a millionaire! There isn’t any magical wand that the wealth gods wave over certain people and anoints them the “chosen ones”.  With sacrifice and strategic planning, you can achieve financial success and build wealth, however if you believe that it is impossible then it will be! To eliminate this limiting belief that wealth is reserved for the few lucky, do your research.  There are several self-made millionaires, many that come from the same background as you!

I don’t know one person who doesn’t want some form of success but how many are willing to change their mindset to actually achieve it?  Get rid of of limiting beliefs that take you away from your personal and financial goals! Take accountability for your actions and put that energy towards moving smarter! Two books that were critical in me changing my own limiting beliefs were Awaken the Giant Within by Tony Robbins and The Richest Man in Babylon by George Clason.  Success is our there and there isn’t a secret recipe for it, just do the work and go get it!

This article contains affiliate links for services and sites we trust or use.  To learn more , please read our full disclaimer. ﻿