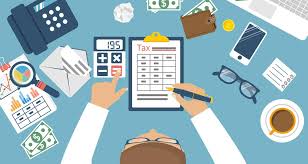 This article contains affiliate links for services and sites we trust or use.  To learn more, please read our full disclaimer.

Last year the Tax Reform Bill was signed into law and its been called “the most sweeping changes to the tax code in 30 years!”  The law is 1,000 pages long but what most of us want to know is, “How does this affect my 2018 taxes?!?”  Don’t worry; below we’ve included the changes that will affect most tax returns this upcoming tax season!

What This Means For Taxpayers

Taxpayers who do not itemize their deductions take the standard deduction to reduce their tax liability.  Last year it was $6,350.00 for single individuals and $9,350 for those claiming head of household. For married couples it was $12,700. For the 2018 tax year its been increased to $12,000 for single taxpayers, $18,000 for head of household and $24,000 for married couples filing jointly.  The tax bill however does suspend personal exemptions which were previously $4,050 per taxpayer, dependant, and spouse.  With the increase in the standard deduction most taxpayers will not be affected by this change.

What does this mean for Taxpayers

Itemized deductions allows taxpayers the ability to reduce their taxable income by claiming a variety of deductions and expenses instead of the standard deduction.  This previously included moving expenses, property taxes on homes and cars, state and local sales tax, charitable contributions, medical expenses, and work related expenses. If you usually claim itemized deductions than you need to be aware these changes!

What this means for the Taxpayer

The elimination and limits on some of the most common deductions along with the increase of the standard deduction will more than likely reduce the amount of taxpayers that actually itemize deductions. Whether you still choose to itemize will depend on various factors and you should consult with your tax preparer to see what method would work best for you.

So Uncle Sam usually lets you exclude $250,000 of capital gains on real estate if you’re single and $500,000 for married couples filing jointly if you met the following criteria:

Taxpayers can still exclude gains up to $250,000 ($500,000 married) however they have to live at the residence longer.  Now people who sell their primary residence would have to have lived their five out of the eight years before the sale.

What this means for Taxpayers

Unfortunately the old tricks that used to work to avoid paying capital gains taxes on home sales will be a bit more difficult for taxpayers.  This can of course in crease their tax bill.  There are however other ways you can avoid or reduce the capital gains tax so make sure you speak with a tax specialist or financial advisor.

The new tax bill  did come with some disappointing changes. The elimination of miscellaneous deductions and personal exemptions were a major blow to taxpayers that used these to reduce their taxable income.  However, one major to the tax bill was the increase in the child tax credit and home many taxpayers are now eligible.  Also, more of the credit is now refundable which is a plus for taxpayers.  Every taxpayer’s situation will be different so if you have any questions on how this will affect your specific situation don’t hesitate to reach out to one of our tax professionals.